Director and Editor for Film or TV

Welcome to a page of shameless self promotion.

Because that's exactly what it is really. A place where I show you the best of the stuff I've done and hype up how awesome I am at what I do!

(well, it's not like I'm going to tell you I'm rubbish let's be honest now) 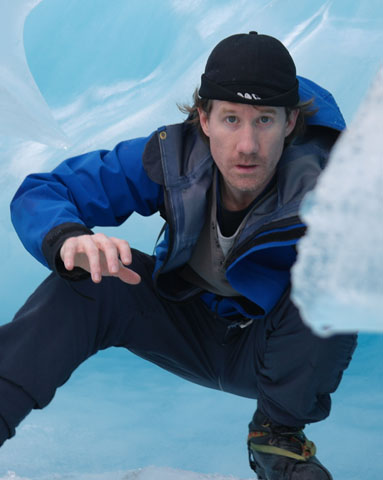 "Much better looking in the dark."

I have always been involved in making visual displays. Starting with small events for family, through artwork and illustration and into live action theatre, films were the natural progression. I have now been working as an editor for more than 20 years in both the UK and Australia.

I am a highly skilled user of Avid Media Composer, also being well versed in 2D and 3D graphic creation - using programs like AfterEffects, Cinema 4D and Photoshop.

Above all, I take pride in the work that I do, excelling at creating high quality products from even the tightest deadline.

In addition to working on numerous short films and music videos, I have also helped to shape some of the biggest shows on Australian television - shows like The Biggest Loser, Big Brother, Australian Idol, So You Think You Can Dance, Masterchef and I'm A Celebrity Get Me Out Of Here.

In 2012 I co-wrote and directed my first feature film - and action adventure called 'The Hunters Club'. After it's world premiere at the Gold Coast Film Festival it has gone on to win BEST DIRECTOR and BEST SCORE at the Melbourne Indie Film Festival, and is currently playing at festivals around the world. Hopefully it will be able to secure distribution soon and be out there for the world to see (and hopefully enjoy a little bit to). I'd say wish me luck - however luck really has nothing to do with it.

Please look around. I hope you like what you see.

The Best
Editor Ever*

*This is an entirely objective statement, made by me, 'cause it's my site.

• Advanced user of AVID Media Composer (including Plug-In FX like Boris and Sapphire as well as Audio Mixing).

• Adept in using Photoshop and Illustrator, as well as 3D modelling with Cinema 4D.

• Skilled in practical fabrication and modelling.

• Skilled in Animation and VFX (Photoshop, After Effects, Illustration and 3D)

• Comprehensive Production and Post Production Skillset - Including Producing and Development